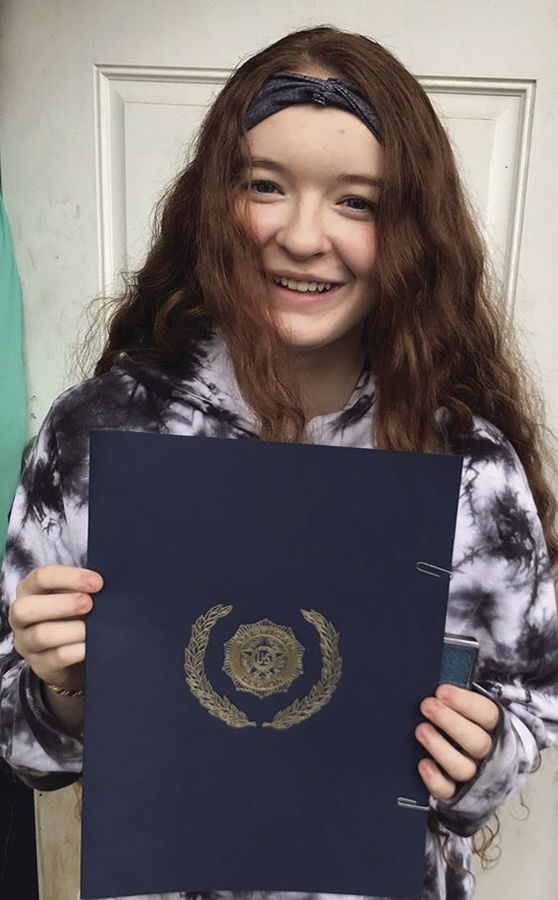 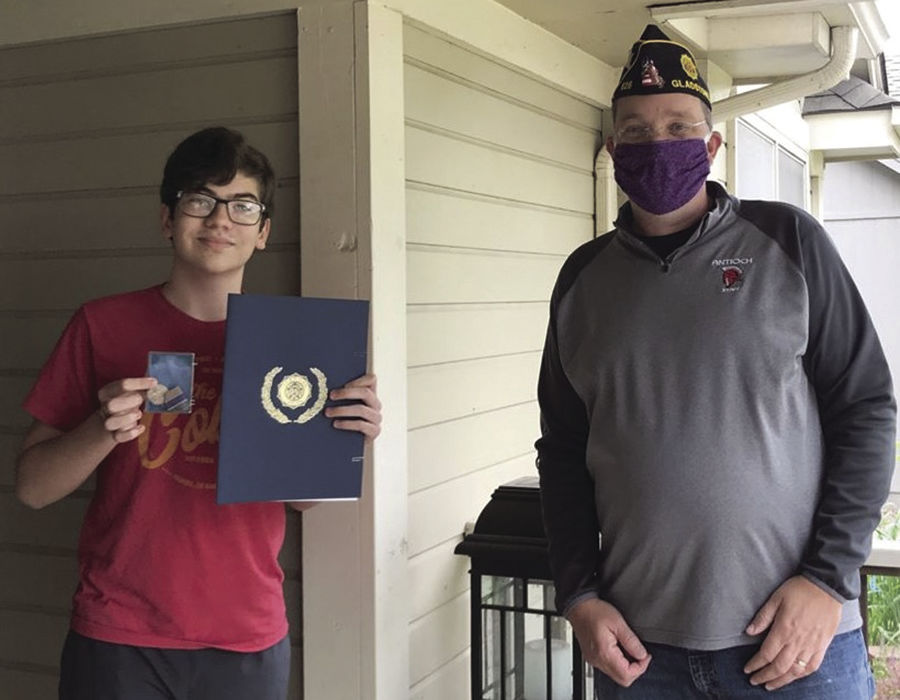 Kai Jones receives his recognition from Antioch Middle School teacher Jeff Benes, who is also a member of the Gladstone American Legion Post 626.

Kai Jones receives his recognition from Antioch Middle School teacher Jeff Benes, who is also a member of the Gladstone American Legion Post 626.

The American Legion's School Award Medal Program became a national program in 1926. The program is designed to reinforce the concepts of honor, leadership, scholarship, service, courage and patriotism in order to promote a civic-minded student body.

While many students embody several of these qualities at different times, Gladstone’s American Legion Post No. 626 and Antioch Middle School chose two students to receive this award, according to a press release from the Gladstone post.

One recipient, eighth-grader Rachelle Perez, according to the release, is well-respected by students, staff and administration at Antioch Middle School as she continuously demonstrates strong leadership in the classroom and is a part of school activities. Others follow her because she leads by demonstration and integrity, states the release. According to the release, Perez devotes herself regularly to lifting others and finds success as much in service as in her own scholarship.

The other recipient, Kai Jones, is a quiet leader who demonstrates responsibility on a regular basis, states the release. As a Boy Scout, he stays active in his community through volunteerism and service. He is also active in the classroom and is a trusted voice of reason for students and teachers alike, according to the release. He can be trusted to act with honor and integrity, even when it is not the path of the majority.

“We are honored to be able to work with the school to recognize these outstanding students in this way,” said Douglas Millison, commander of Post No. 626 in Gladstone. “The qualities demonstrated by these students should always be highlighted as standards for the rest of us to match, demonstrate and maintain."

The award certificate both students received along with their medal states, in part: "In further recognition of the possession of those high qualities of courage, honor, leadership, patriotism, scholarship and service, which are necessary to the preservation and protection of the fundamental institutions of our government and the advancement of society, we congratulate both students for their achievements.”

Post member and Antioch Middle School teacher Jeff Benes delivered the medal, certificates and a congratulatory letter from Millison to the students at home.