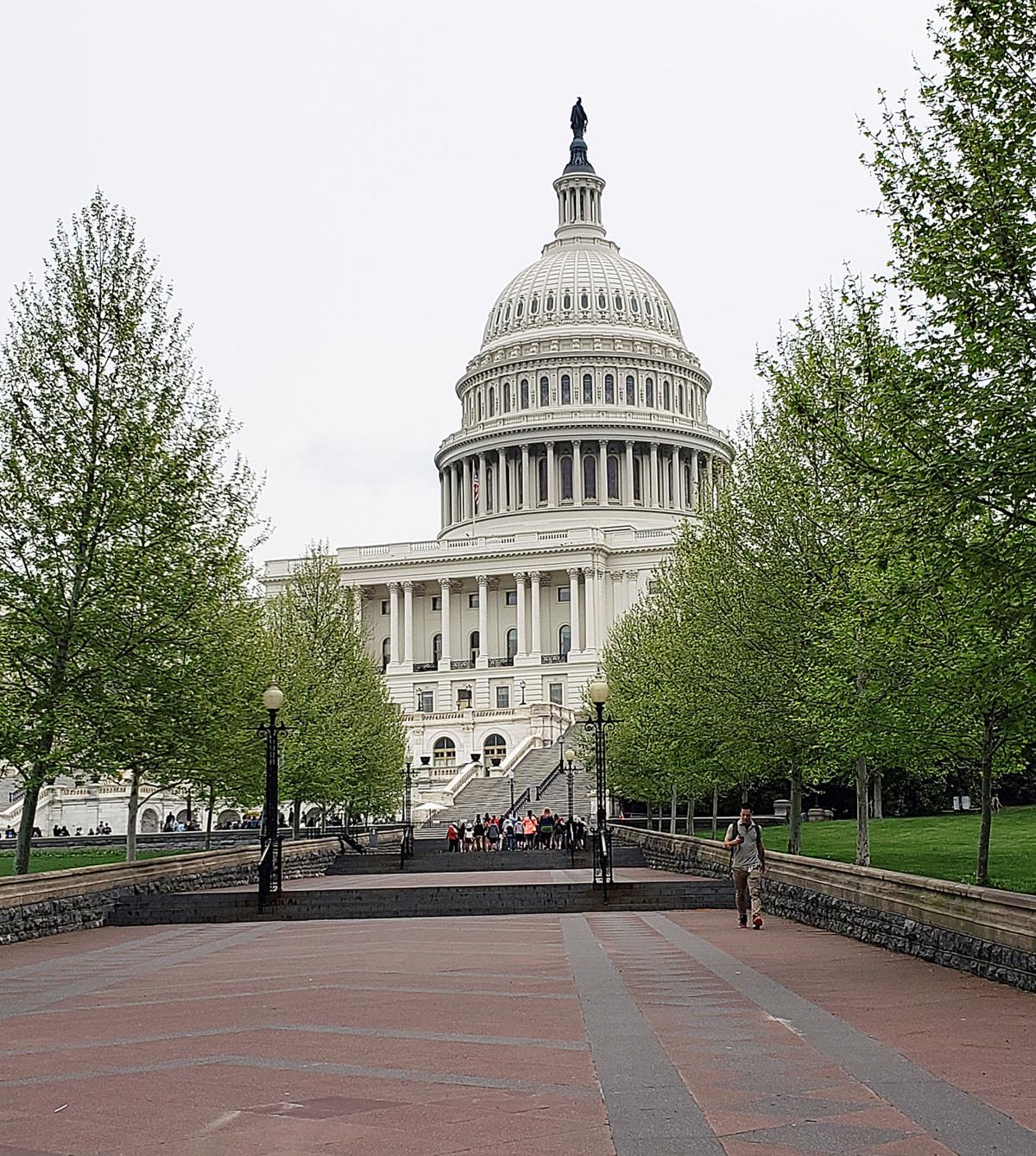 The U.S. House met in the U.S. Capitol in Washington, D.C., on Wednesday, Dec. 18, and approved passage of articles of impeachment against President Donald Trump citing obstruction of Congress and abuse of power. 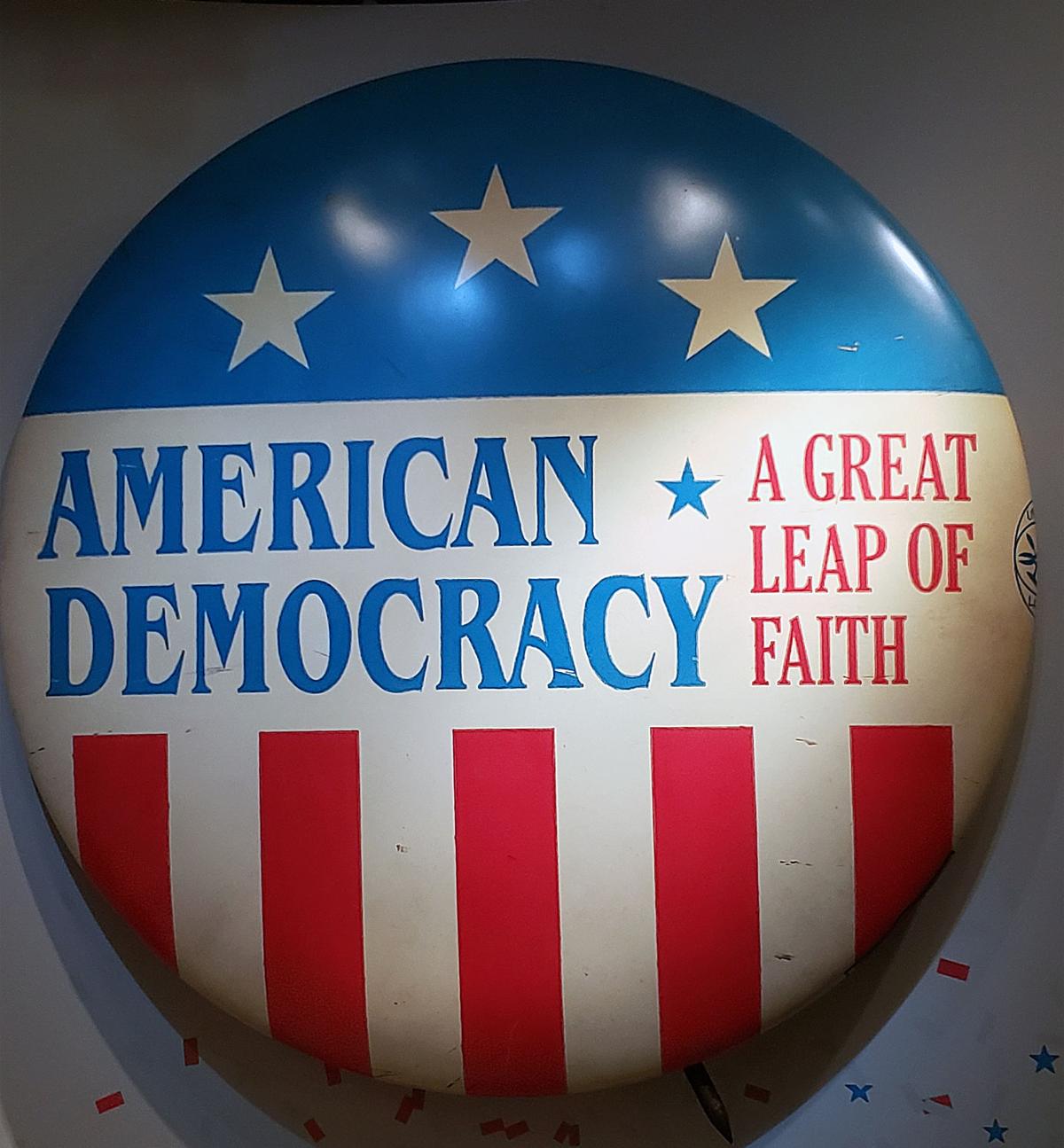 As this display in the Smithsonian American History Museum suggests, American Democracy is a leap of faith as leaders are elected. The nation’s system of democracy and laws set forth in the Constitution are at the center of national news as the U.S. House approved impeachment of President Trump Wednesday, Dec. 18. 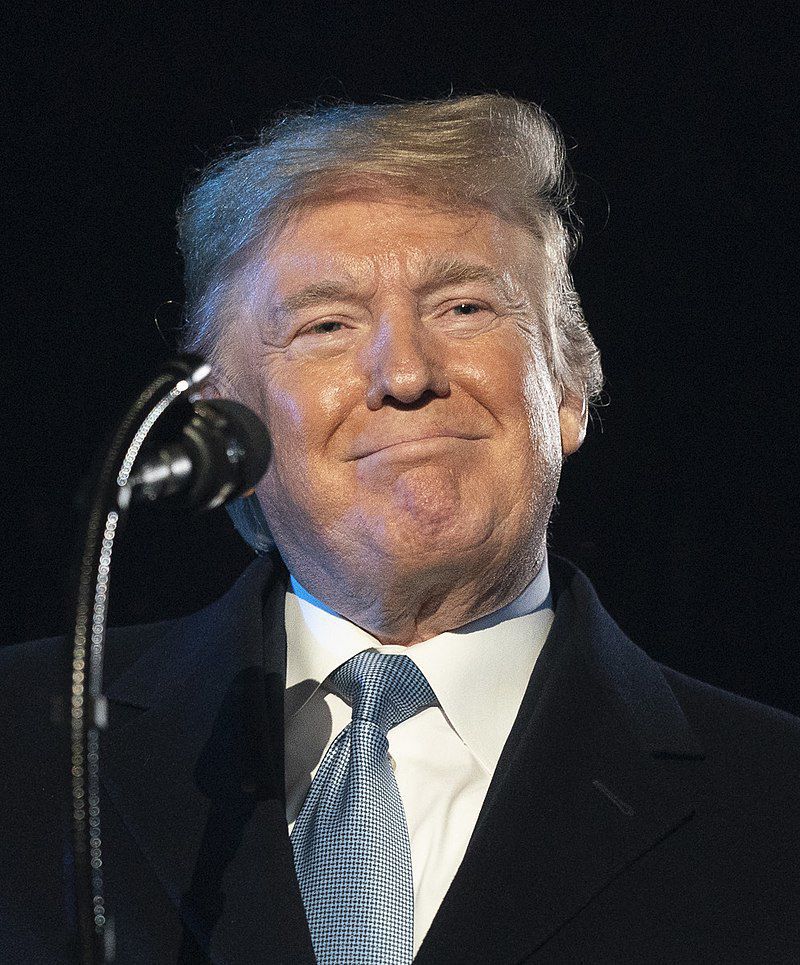 On Wednesday, Dec. 16, the Democrat-led U.S. House passed articles of impeachment against President Donald Trump for obstruction of Congress and abuse of power.

The U.S. House met in the U.S. Capitol in Washington, D.C., on Wednesday, Dec. 18, and approved passage of articles of impeachment against President Donald Trump citing obstruction of Congress and abuse of power.

As this display in the Smithsonian American History Museum suggests, American Democracy is a leap of faith as leaders are elected. The nation’s system of democracy and laws set forth in the Constitution are at the center of national news as the U.S. House approved impeachment of President Trump Wednesday, Dec. 18.

On Wednesday, Dec. 16, the Democrat-led U.S. House passed articles of impeachment against President Donald Trump for obstruction of Congress and abuse of power.

While the White House is considering making the argument that President Donald Trump has not officially been impeached since House Speaker Nancy Pelosi has not transmitted the articles of impeachment to the Senate, local elected officials as well as Clay County citizens are sounding off on whether they agree with the House’s decision to pass two impeach articles — one for obstruction of Congress and another for abuse of power.

U.S. Sen. Josh Hawley, a Republican representing Missouri, said through a release from his office and social media that the impeachment process has been no process at all.

“This is the first time in American history that the House has drawn up articles of impeachment against a president that don’t even reference a crime,” he said. “... But (House Speaker) Nancy Pelosi used her majority in the House, a Democrat-only vote, to push this thing forward. It has been a political circus from beginning to end. It’s time to get it over with. The precedent this sets is going forward any party that disagrees with the president of another party can now impeach that person — based on a political disagreement. That’s not why we have impeachment. That’s why we have elections.”

“I strongly opposed the articles of impeachment brought by the liberal majority. Perhaps now we can get back to work for the American people and accomplish many of the important things that we should have finished months ago — like securing better trade deals and fixing our Nation’s aging infrastructure.”

Missouri’s other U.S. senator, Roy Blunt, has not commented on the House’s action.

“The man hasn’t done anything to break the law,” Wilson said. “What they put together is a political maneuver, and I was disappointed to see it.”

He said people need to understand that the House’s action doesn’t mean Trump will be removed from office, and he does not think the Senate will vote for the president’s removal.

“They may go ahead and start a trial and call some witnesses, but it won’t take long,” Wilson said. “I’d really like to see our country get back to doing what they need to be doing. There’s a lot of issues in this country that we don’t need to be wasting time doing this.”

State Rep. Noel Shull, who represents House District 16 as a Republican, also believes the impeachment proceedings are a waste of time.

“There have been things that haven’t been done; probably could have had time spent on things that are really for the people,” he said. “I have no idea (what the Senate will do). I really wish I knew what was going to happen. That would put me in a totally different space than I’m in today if I could predict the future.”

North Kansas City resident Judy Batcheller said she thought the passage of the articles of impeachment was a long time coming.

“I’m behind it all the way,” Batcheller said. “Even though it’s a big step, I think it’s important. I think we’re being laughed at by the other countries.”

Margaret Jones of Kansas City said the situation was sad.

“I think it’s sad that the United States, the country that is looked up to to be the No. 1, that we had to come to something like this. Our Congress needs to work better together,” Jones said.

Joshua Sizemore of Ohio, who was visiting Liberty for the holidays with his significant other Jennifer Hartzler the day after the House vote said they prefer not to discuss political issues in order to get a good night’s sleep.

“Our house is too divided,” said Hartzler.

Brad Davis, who works in Smithville, said the House’s action means nothing and he doesn’t believe Trump will be removed from office.

“I didn’t really have a reaction because it’s not going to go anywhere,” he said.

Debbie Slattery of Smithville said she does not agree with the impeachment.

Police: We have a suspect in custody

Protesters and police clash for second night in Beirut

“I think that Trump is the best we have at this moment, and I think this is like a witch hunt,” she said.

Another Smithville resident, Norma Tucker, thinks Trump does deserve to be impeached.

“But, I don’t think the Senate will impeach him. I feel like the man is a prevaricator and a bully, and that he has no respect for the Constitution,” Tucker said. ”… Republicans like the power they have right now so they are not going to vote him out.”

Bill Breckenridge of Plattsburg said he is in favor of the president’s impeachment.

“I haven’t liked the guy from the start. I think he’s crazy, but that’s just my opinion. Republicans control the Senate,” Breckenridge said, noting he doesn’t think Trump will be removed from office. “It’s a partisan thing.”

Laurel Crane of Smithville also favors impeachment with doubt that Trump will be removed from office.

“It has to be said that nobody can do these things. We can’t be making agreements with other countries,” she said.

In comment on a Courier-Tribune social media post about the passed articles of impeachment, Bill Hanna of Liberty categorized the House’s actions as a “big mistake.”

“I think it’s all a big show in hopes of the Democrats winning current GOP Senate seats,” Hanna wrote. “I question the very existence of the ‘whistleblower.’ If the Democrats take control of the Senate in 2020, they will consider that they made a good gamble. Hopefully, they’ll lose control of the House without gaining Senate seats. Presumably, Mr. Trump will be able to get much more done in the second term under those circumstances.”

Andraya Kreiling of Holt also said she doesn’t agree with the House’s actions on impeachment votes.

Tara Andrade of Kansas City has a different opinion. On the Courier-Tribune’s Facebook page she wrote, “I’m thinking why did it take so long? And actually, how did he get voted in to begin with?”

The U.S. House passed two articles of impeachment against President Trump. Do you agree with this action?