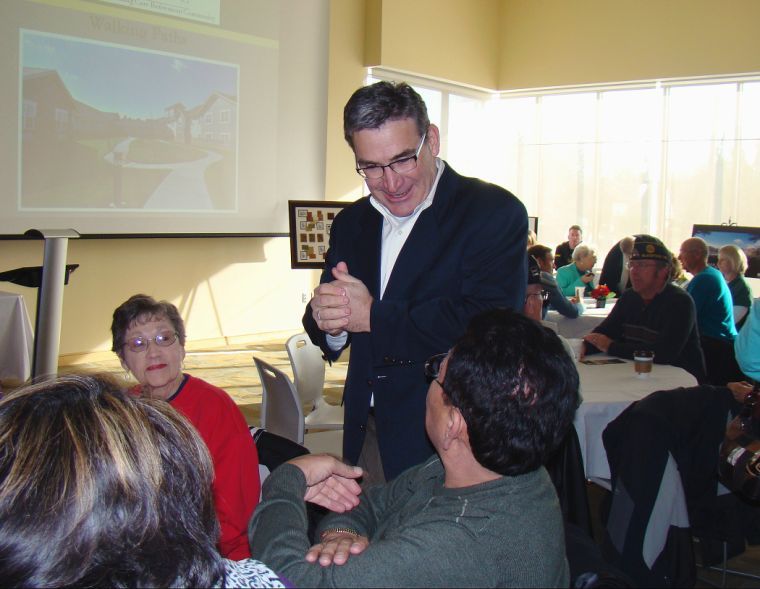 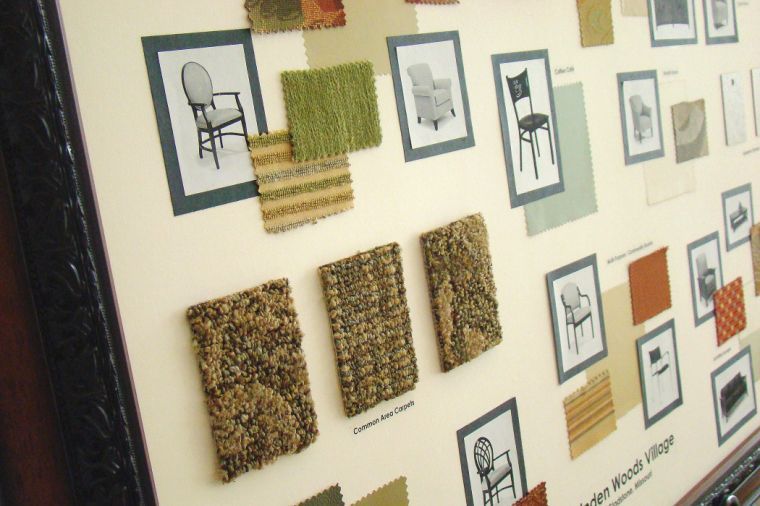 Samples of upholstery, carpet and other finishings that will be featured in Linden Woods Village are on display during a reception Jan. 13 at the Gladstone Community Center. 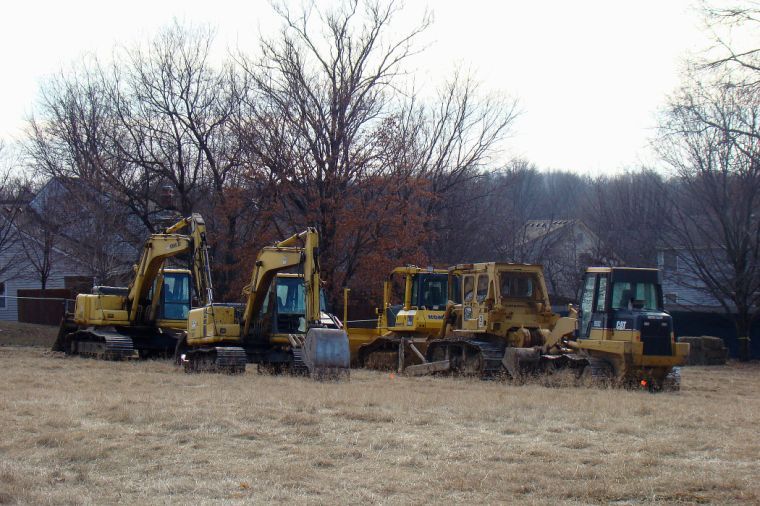 Construction vehicles are ready for work to begin at the site of the future Linden Woods Village at 2901 NE 72nd St., behind Hy-Vee. The developer estimates a 14-month construction timeline.

Samples of upholstery, carpet and other finishings that will be featured in Linden Woods Village are on display during a reception Jan. 13 at the Gladstone Community Center.

Construction vehicles are ready for work to begin at the site of the future Linden Woods Village at 2901 NE 72nd St., behind Hy-Vee. The developer estimates a 14-month construction timeline.

An on-site outdoor ceremony followed by a reception at the Gladstone Community Center was held Jan. 13.

Linden Woods Village will be a monthly rental community at 2901 NE 72nd St. in Gladstone, directly behind Hy-Vee and adjacent to Walmart. It will offer about 120 units with independent living, assisted living, rehabilitation and long-term nursing care all under one roof.

“We chose to build Linden Woods Village in Gladstone because of the size of the community and the large need in Gladstone and the Northland area for senior housing and the services that will be provided,” said Gib Wood, managing partner of Scenic Development of Overland Park, Kansas.

Pivotal Health Care of Overland Park will manage the community, scheduled to open in spring 2016. Woods said 14 months of construction were expected.

“When open, Linden Woods Village will be the sixth property we have built in this boutique retirement community model,” said Scott Gulledge, CEO of Pivotal Health Care. “In 2001 we opened Kennybrook Village in Grimes, Iowa, and in 2013 Covenant Place of Lenexa in Lenexa, Kansas. Last year we opened Prairie Vista Village in Altoona, Iowa, and two more communities will open in 2015. The first is in Ames, Iowa, and the second in Tulsa, Oklahoma. We are very excited to be coming to Gladstone.”

One- and two-bedroom floorplans will be available, the largest of which has more than 1,200 square feet of living space. Apartments will feature full kitchens, clothes washers and dryers, walk-in closets and high ceilings.

“It’s very open. It has an open, airy feel,” said Shonda Shaw, director of marketing. “They really do a lot with natural lighting.”

No sports, no packed casinos. Las Vegas reopens this week

The day police charged a peaceful protest for Trump's photo-op

“With such a significant need in the Northland for a quality continuing care retirement community such as Linden Woods Village, it gives residents and their families peace of mind that once they make the decision to move, they will not have to move to another community that is unfamiliar,” Shaw said. “Instead, they are able to live and thrive under one roof as their needs change.”

She said Linden Woods Village would allow its residents to “just enjoy retirement” without worrying about home maintenance and other issues.

“The community will not only provide homes for (the residents), it will provide friendships. It will provide emergency health care,” Shaw said.

Shaw will hold monthly previews for those interested in Linden Woods Village. The first session will be at 10 a.m. Thursday, Feb. 5, at the Gladstone Community Center.

Gulledge said prospective residents have committed to 5 percent of the available units.

Previously, the proposed name for the development was Maple Woods Village. The change to Linden Woods Village was made after a similar existing facility incorporated “Maple Woods” into its rebranding.

“We are very excited to bring our retirement community to Gladstone,” Wood said. “As we finalized the naming of our community, we desired to have a name as distinctive as the community which will serve the residents of Gladstone.”

Gulledge said Linden Woods Village could bring as many as 75 new jobs to the city.

“We’ve hired people who are caring people who take care of people the way they ought to,” said Wayne Anderson, vice president of Scenic Development. “You can build the Taj Mahal, but if you don’t have the people to take care of you the way they want to be taken care of, it doesn’t matter.”

Managing Editor Amy Neal can be reached at 389-6629 or amy.neal@npgco.com.