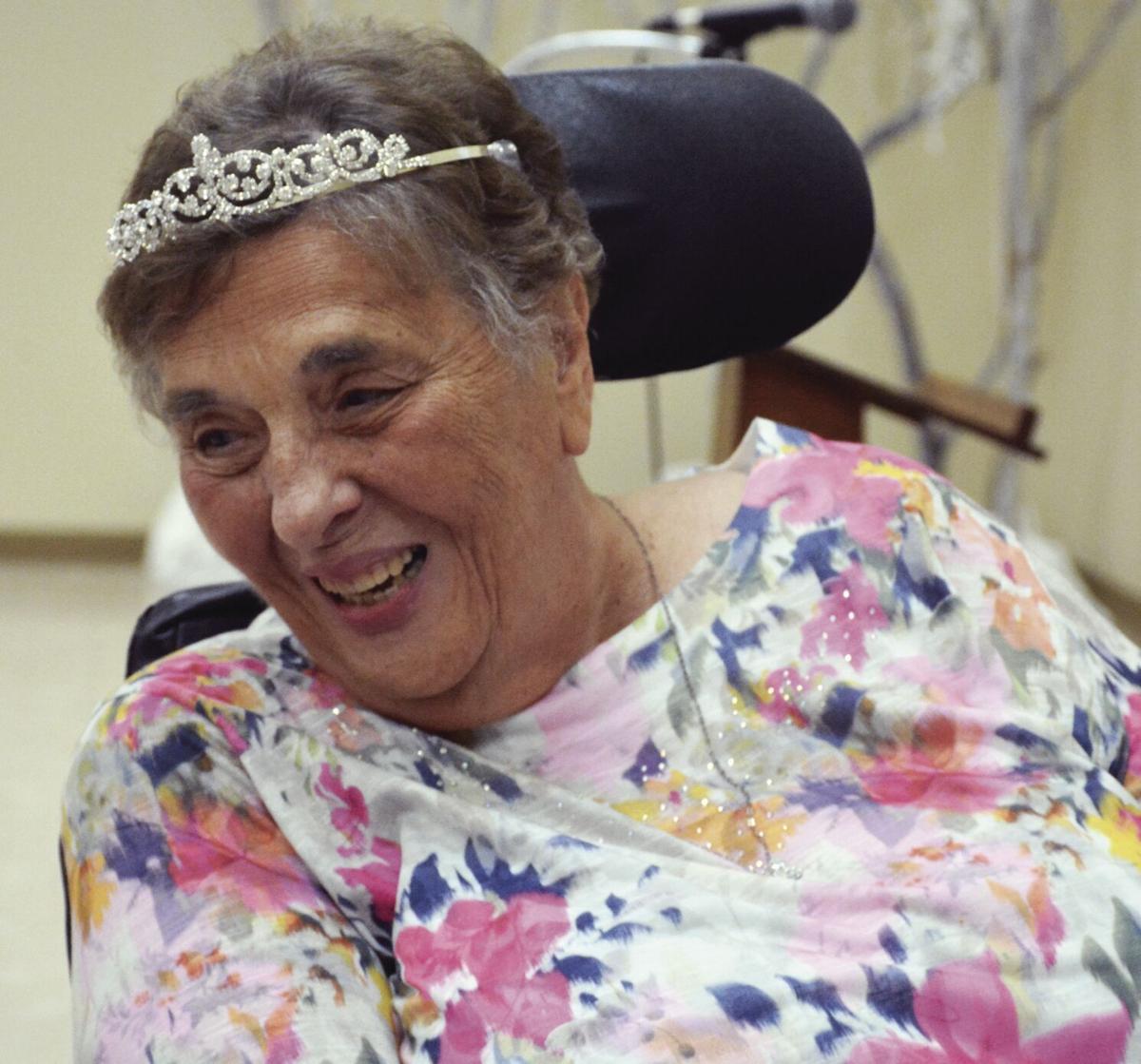 Patricia Smith is all smiles after being crowned 2nd Runner Up for Ms. Missouri Nursing Home Pageant District 1. She has lived at Our Lady of Mercy Country Home for five years. 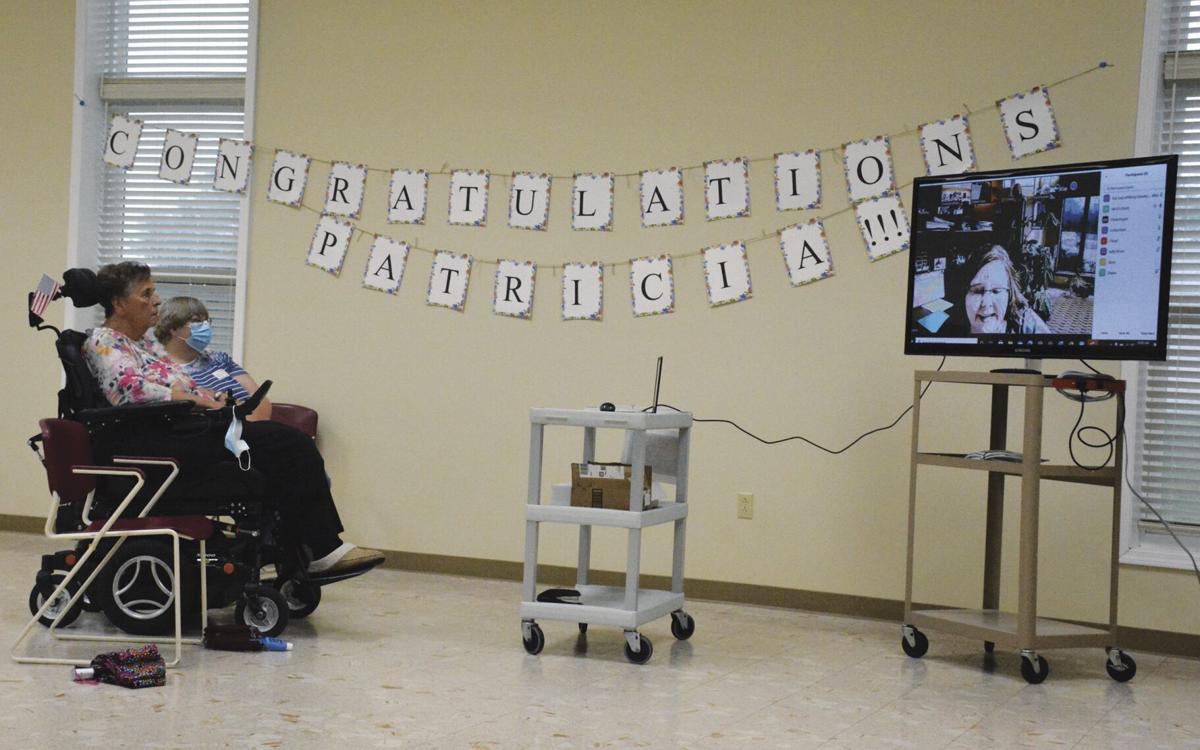 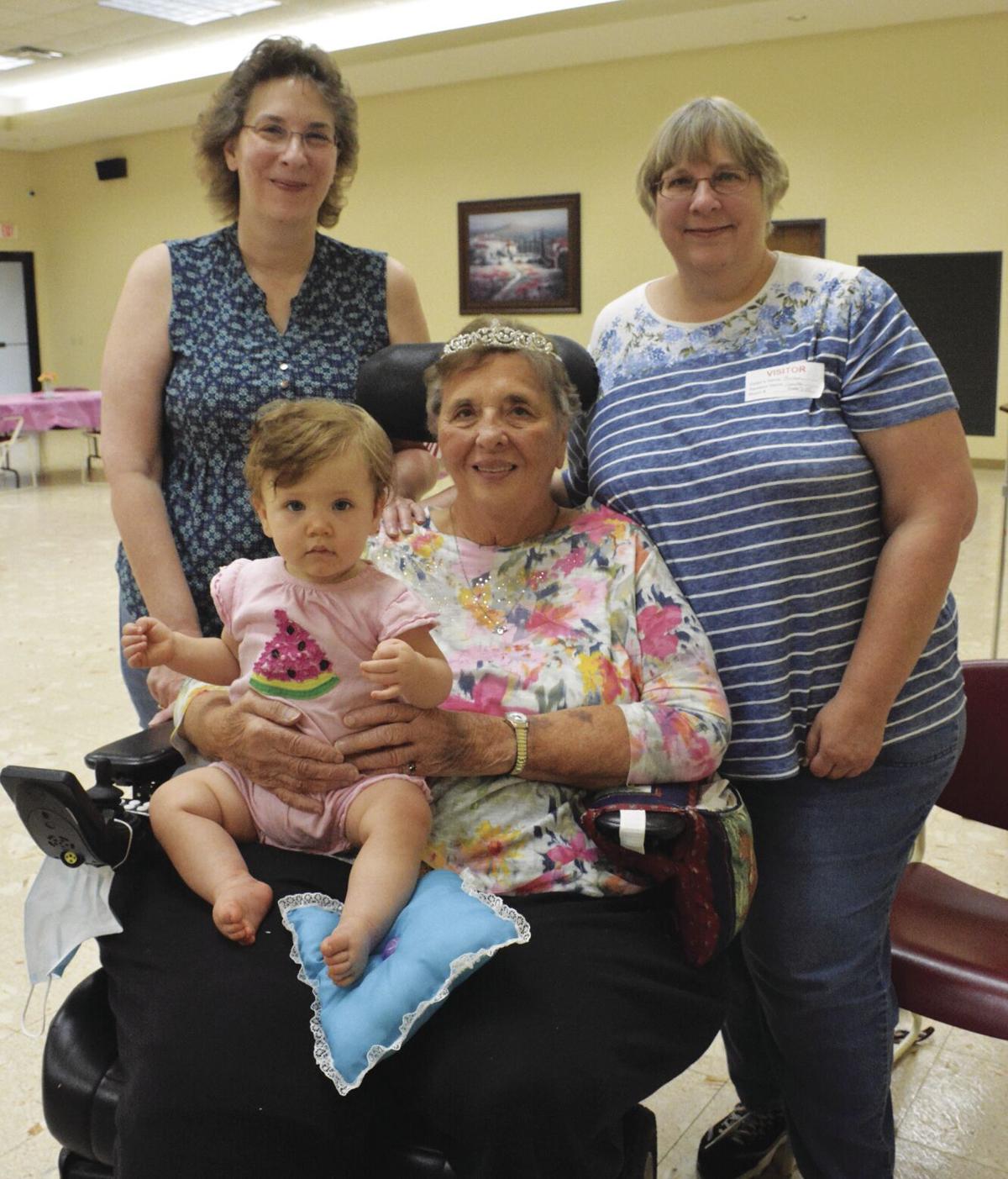 Patricia Smith is all smiles after being crowned 2nd Runner Up for Ms. Missouri Nursing Home Pageant District 1. She has lived at Our Lady of Mercy Country Home for five years.

LIBERTY — Patricia Smith lives by the words that are found in her room at Our Lady of Mercy Country Home: “Even the strongest hands can lose their grip, the greatest of minds can become cloudy, and the biggest of hearts can break. So be kind, just always, be kind.”

Her kindness and life story resonated with the judges for the Missouri Health Care Association, which sponsored the Ms. Nursing Home Pageant.

The pageant exemplifies the elegance of women over the age of 60. Contestants submitted a written biography and life story. They participated in a virtual pageant in which they presented their personal stories and answered pre-determined questions. A panel of judges scored each contestant on her Zoom presentation to determine the District 1 Queen and her Court.

Smith, 80, grew up in Murray, Iowa on a farm. She helped her father care for the animals; however she fell off the hay trailer one fateful day and broke her arm. However, she ended up riding her horse Pansy to the one-room school that she attended.

At the age of 20, Smith got her first job as a lab technician, a job she stayed at for 28 years. While her first marriage didn’t work, she does have two daughters: Teresea Simpson and Melody Geddes.

She was also a talented seamstress, and made most of the clothing for her two daughters. As a single parent, Smith said she had some lean Christmas Days but the girls once received gifts including matching coats for the girls, appear on her porch one Christmas. She believes the hand of God moved that anonymous person or people to help make the Christmas special for her and the girls.

“One of the interview questions was what and who got me through hard times?” Smith said. “In the interview, I believe that what keeps me going and gives me strength is my faith. There have been hardships, but also joys.”

She found time in church, helping with the children’s group, meals and cleaning, while also finding her second husband, Dorris Dwain Smith. He even proposed to her during church.

They enjoyed several bus trips around the United States and a cruise to the Bahamas. Their life changed in November 2015, when they were hit by a car while crossing the street. Her left leg had to be amputated from the knee down, and her memory was affected. Her husband eventually was able to care for her at home. She moved to Our Lady of Mercy Country home after he died. Right before she moved in, she lost a grandson.

She enjoys crafts, puzzles, ceramics, crossword puzzles and paint by number. Despite the tragedies, Smith remains a kind, soft-hearted woman, who is loved by the staff, said the staff. They even struggled not to tell Smith she was a winner. Activities Director Alex Halberstadt said she could barely keep it a secret. Smith’s daughters, who attended a special presentation of the crown, said it’s tough not to tell their mother the good news.

“Mom has always had a positive attitude,” Simpson said. “The difficulties, those tragedies, could have made her bitter.”

“I have learned to trust God because He is with me,” Smith said. “I couldn’t have done it without His guidance and the love of my family. It’s been an adventure.”

Southeast Editor Kellie Houx can be reached at kellie.houx@mycouriertribune.com or 389-6630.