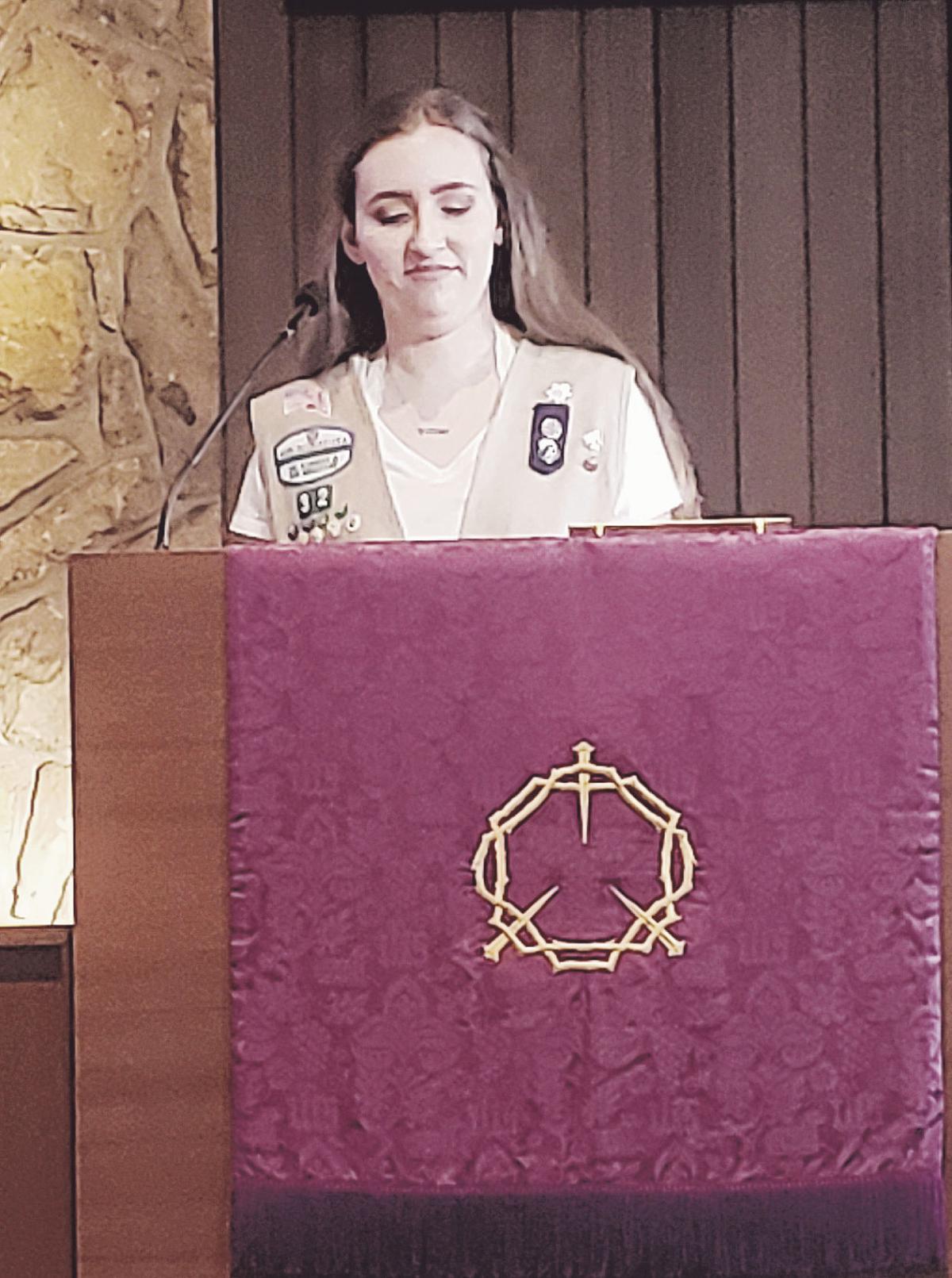 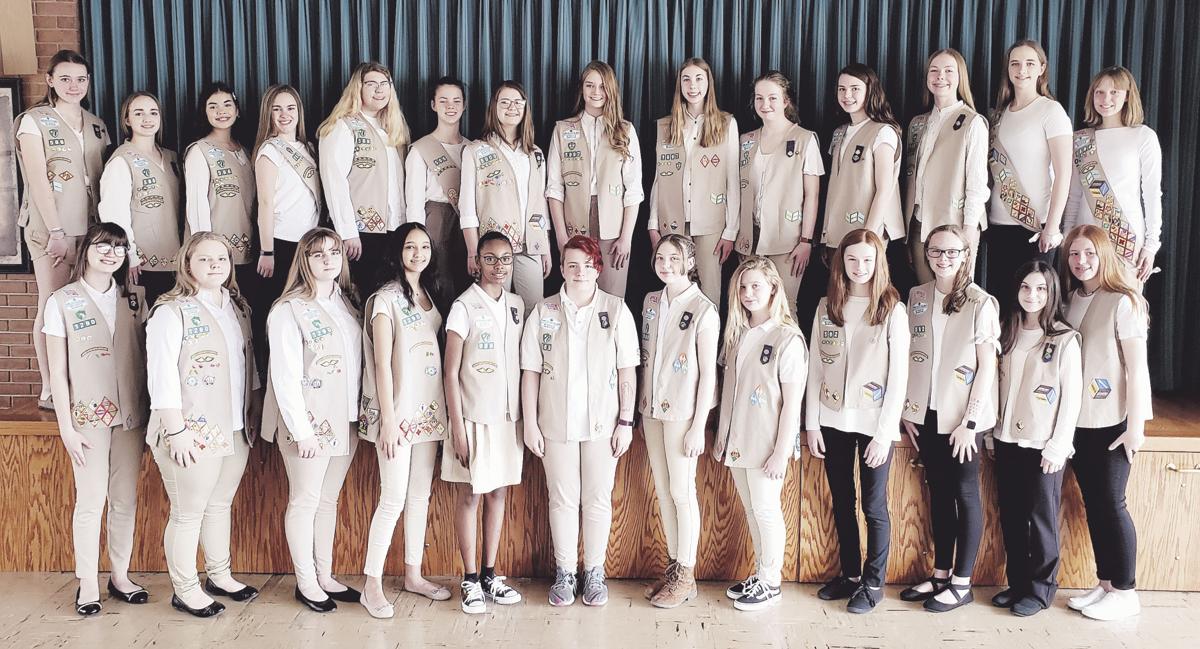 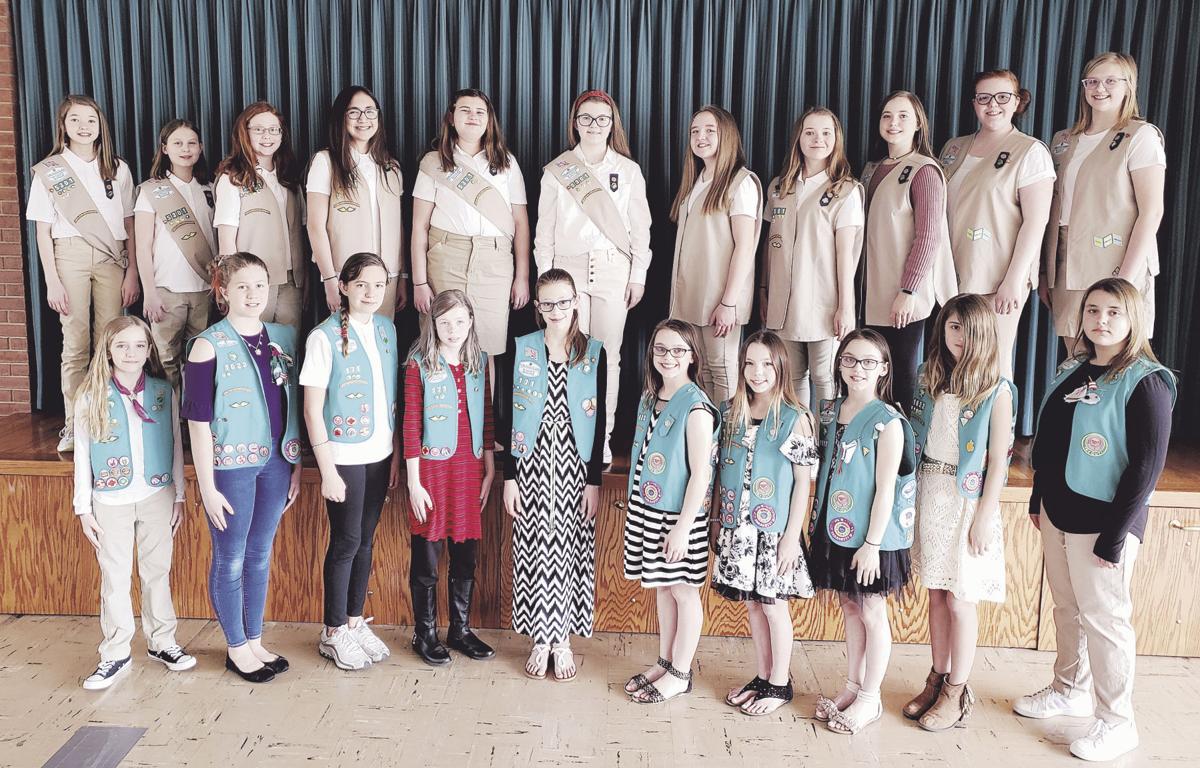 Members of five Girl Scout troops from the Northland were recognized for earning their Bronze Award.

Members of five Girl Scout troops from the Northland were recognized for earning their Bronze Award.

Thirty-three Girl Scouts from the Northland were recognized for earning their Silver Award during the Northland Silver and Bronze Award Ceremony March 1. It is earned by Girl Scout Cadettes who work in teams or individually to complete a project. This is the second highest award that can be earned by a Girl Scout.

Amy Rothery-Colin and Sally Allen, support managers for Girl Scouts of Northeast Kansas and Northwest Missouri, pinned each girl as their projects were described by Senior Girl Scout Samantha Leonard, the emcee.

Additionally, five Girl Scout troops from the Northland were recognized for earning their Bronze Award. The Bronze Award is the highest award that can be earned by a Junior Girl Scout troop. Michelle Gager was emcee for this portion of the ceremony.

The event included a flag ceremony by Junior Troop 116 Leaders Beth Whipple and Shayla Robinson. As Gold Award recipients, Michele Gager and Samantha Leonard, seniors at Smithville High School, presented their projects and encouraged the younger scouts to “Go for the Gold.” The Gold Award is the highest award for Girl Scouts. Alexandria Dunn, Miakah McNatt and Cheyanne Weiss sang “On My Honor.”

A reception followed the ceremony in the church fellowship hall. Silver Project displays were available for guests to enjoy and Silver Award recipients received T-shirts designed by Troop 1290 Leaders Stephanie McNatt and Michelle Easterday. Junior Scouts from Troop 116 also served as greeters, ushers and servers for the ceremony and reception.

The following troops were honored for earning the Bronze Award:

• NKC and Winnetonka high schools and their feeders, 608; and

• Liberty schools along with Excelsior Springs, Holt, Lawson and Kearney, 611.