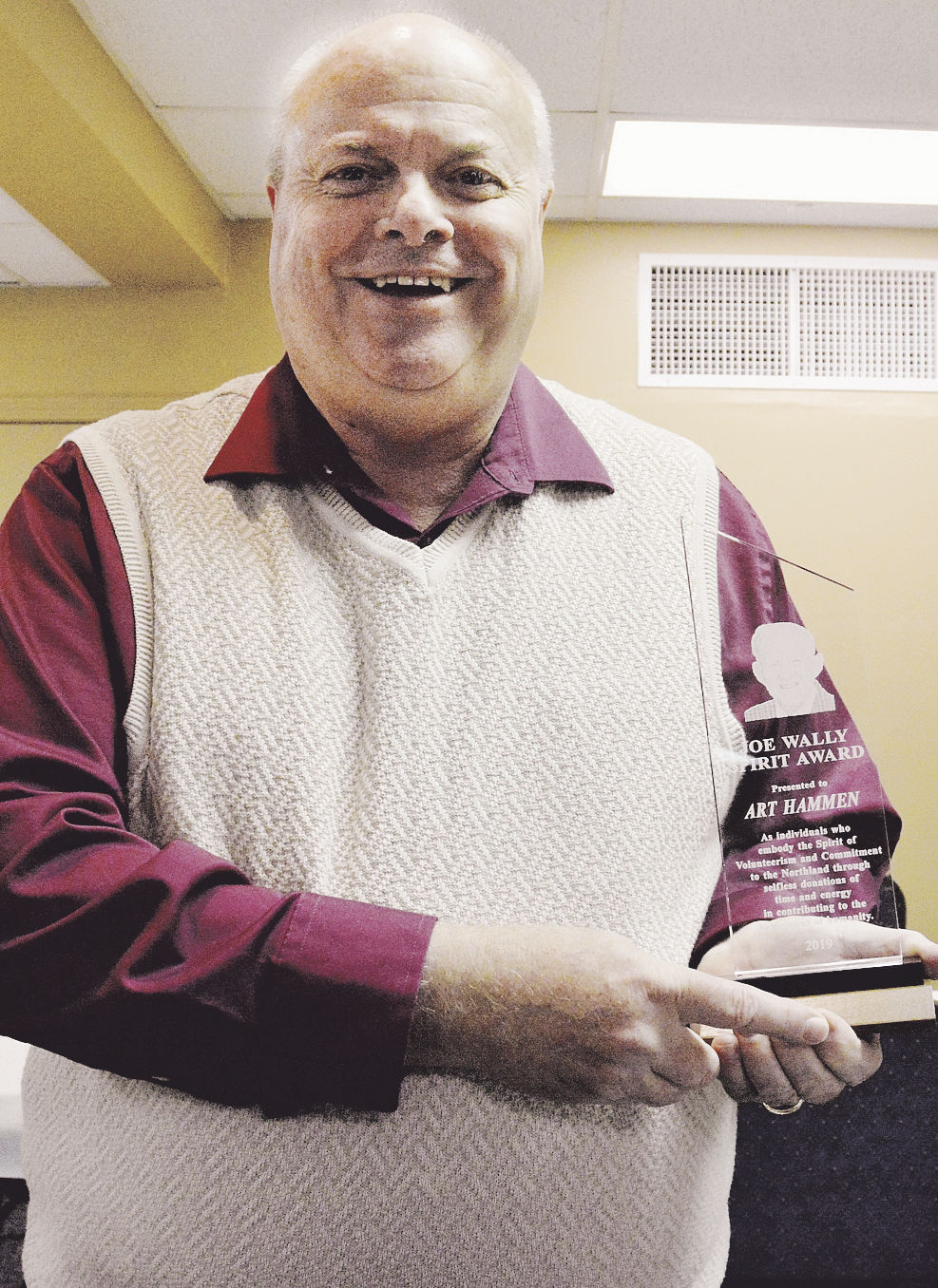 The Joe Wally Spirit Award has been given annually since 2000 to honor an individual who demonstrates a commitment to the Northland through selfless donations of time and energy. Wally, a photojournalist in his first career, was a chamber executive director and chairman, and tireless volunteer involved in many Northland organizations and initiatives.

Hammen served for six years on city council including two years as mayor. During his tenure, he received commendations from the Missouri Municipal League and the Veterans of Foreign Wars.

He also had a few accolades as well. He has been the Gladfest Parade marshal. He also serves on the advisory council of Rebuilding Together Kansas City in his role as executive director of Gladstone Neighbors Helping Neighbors.

Prior to his service on the council, Hammen served on the city’s planning commission including two years as chairman. He also served on the capital improvements committee.

When he stepped away from city council, the home developer decided to find his next few passions. He helped start Gladstone Neighbors Helping Neighbors in 1999, which helps families in the community with some home repairs.

For the past three years, Hammen has served as the volunteer coordinator for the Gladstone Shop With a Cop program, raising $25,000 to aid police officers who are teamed with children who need help this holiday season.

“I had no inkling that I would be considered for this award,” Hammen said. “I am in very good company with previous recipients being fellow city councilmen and the former city administrator.”

Hammen, who is semi-retired from his building company, was in Branson with his wife Johanna when he received the call from Barry McCollough, the current chairman of the board for the Gladstone Area Chamber of Commerce.

“I almost dropped the phone,” Hammen said. “I couldn’t believe the honor.”

The Gladstone Area Chamber of Commerce has benefited from Hammen’s volunteering spirit, where he has been a member since 1994. Hammen served on the board of directors for three years.

He also assisted as a Gladfest parade announcer, stage entertainment emcee and with the apple pie contest.

Hammen has served as the volunteer coordinator for the chamber’s donation drives for the Northland Christmas Store, even dressing up in a Campbell’s soup costume to challenge other members to donate.

The U.S. House passed two articles of impeachment against President Trump. Do you agree with this action?