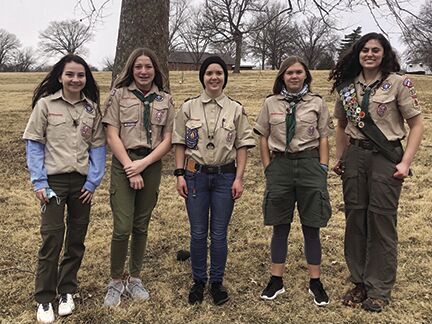 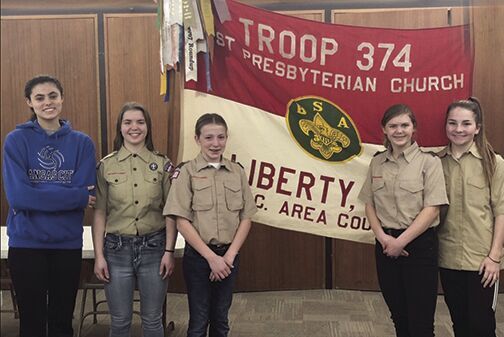 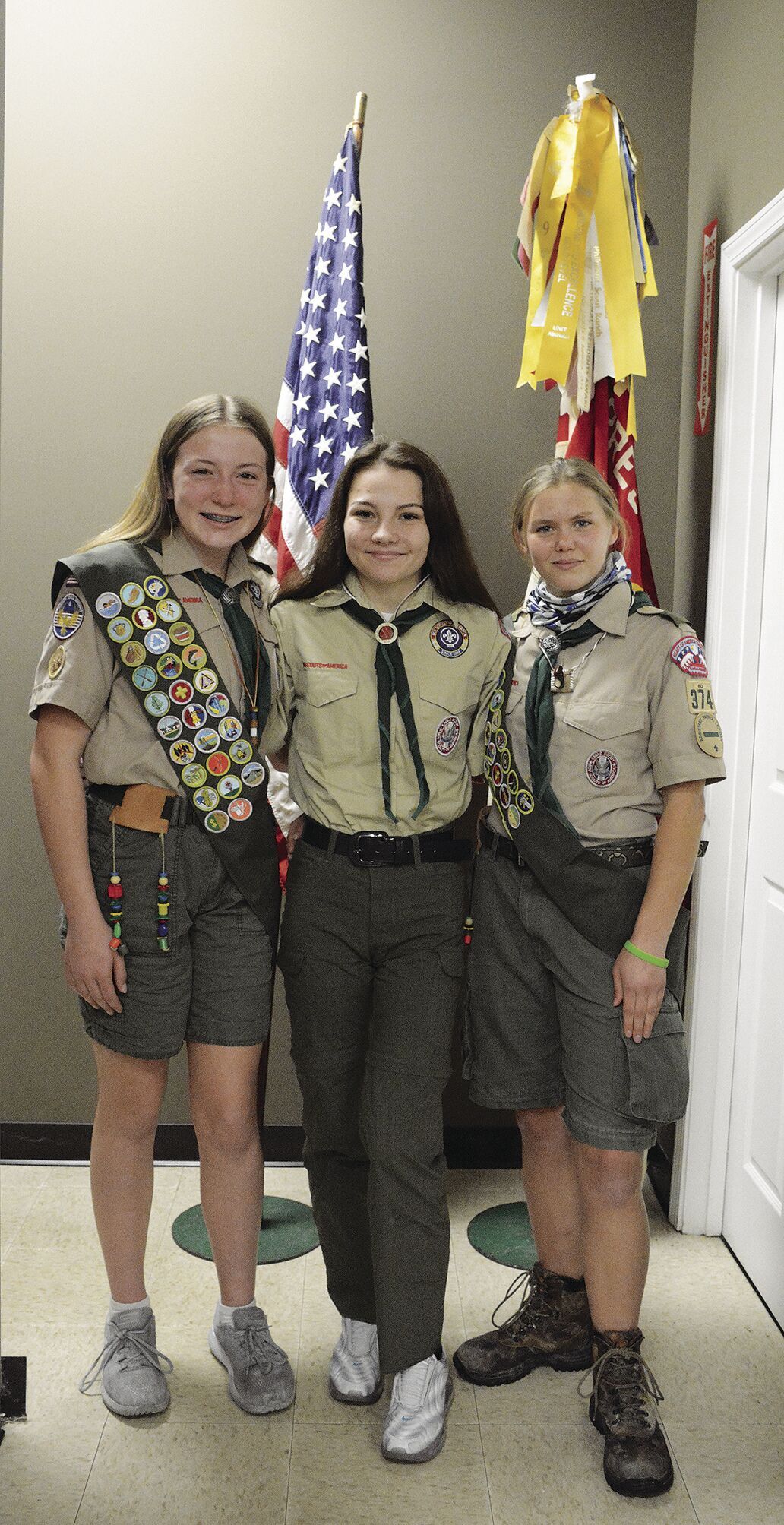 In February 2019, a group of girls in Guam made history as one of the first official all-girl troops to join Scouts BSA, the program formerly known as Boy Scouts. Closer to home, a group of five girls are the now area’s inaugural class of Eagle Scouts.

The local girls in Troop 374 range in school age from attending junior high to college and are from Kearney, Liberty and Kansas City North. One of the youngest is Alexis Robertson, a Kearney eighth-grader.

For their Eagle Scout distinction, each selected a project, presented it to an oversight board, offered a funding application and united others to help make the project a reality.

“I started attending my brother’s scout meetings,” she said. “I really wanted to be part of that company. Girl Scouts wasn’t the same for me, but Boy Scouts is linked to my grandfather and great-grandfather.”

“It’s a pretty standard story that the girls watched their brothers,” Dan said. “Oftentimes, they would go to camp during those visitors’ days and end up wanting to stay.”

Both leaders said they received support from the larger 374 Troop.

“It’s really amazing for these young ladies,” Dan said. “They have broken barriers. There has been lots of support and some hesitancy, but on the whole, it’s been a positive experience. In many ways, because the girls have moved through their requirements, it’s encouraged others to step up their game.”

Alexis beat her brother in attaining the Eagle Scout achievement.

“I will get to be part of the staff for the National Youth Leadership Training,” she said. “It’s my time to help others work to be better leaders. We are gaining life lessons that need to be shared.”

Dan said he believes Alexis’s chance to develop leadership skills will help down the road.Currently, the troop has 23 registered girls.

“I feel like being part of this troop allows people to express their ideas more,” Alexis said. “I even had a merit badge on dentistry that has pushed me to want to be a dentist.”

Makenna had a chance to shoot rifles and shotguns and use bows as part of her scout training.

“I know there are life lessons and one that stands out is to be independent,” she said. “Being a scout may seem not too cool, but in the end, I don’t care what others think. Even pitching the project, it’s a realization that you have to learn to communicate with adults.”

Janessa Duce, a Staley High School junior, made 68 five-gallon bucket kits for the homeless. She filled the buckets with hygiene items, socks, protein bars and blankets for Shelter KC.

“At my very first campout, I saw other campers carrying around the buckets, filled with lots of stuff,” she explained. “I ended up getting pickle buckets from Firehouse Subs and then there were donations from friends and families.”

Like the others, she wanted to be with her brothers, participating in the pinewood derby. Now she is hoping to be on camp staff.

“I’m the sixth Eagle Scout in the family,” she said. “I have made awesome memories rappelling at Bartle and scuba diving. It’s being part of a legacy.”

Abbi Schweisberger, a junior at North Kansas City High School, said when she joined BSA, she was excited to learn to tie knots, use a pocket knife and to camp once a month. Her Eagle Scout project was to build bat houses for Hobby Hill Park in Gladstone.

“It was cool to tell my grandfather that I made it to Eagle. I know that it’s going to be great on a resume and a college application.”

Schweisberger plans to be part of leadership training as well. Scouting has given her the tools to come out of her shell, she said.

Duce’s older sister, Madi Duce, a student at Maple Woods, squeaked in under the cutoff by a little more than two weeks when girls were allowed to join Boy Scouts. She qualified for the extension program as she journeyed to Eagle. Her Eagle Scout project involved revamping the waiting area at Northland Therapeutic Riding Center in Holt. She brought in toys, board games, chairs, tables and a dry-erase board.

“There are even horse-related posters up,” Madi said. “It was a crazy, wonderful time to make it through and reach Eagle Scout.”

To younger girls, the new Eagle Scouts encourage others to try Scouts BSA.

“It’s helpful to find a group to progress through the process together,” said Assistant Scoutmaster Robertson.

Southeast Editor Kellie Houx can be reached at kellie.houx@mycouriertribune.com or 389-6630.